July Reading at Poets Corner: Novel poets and the Solace of Poetry 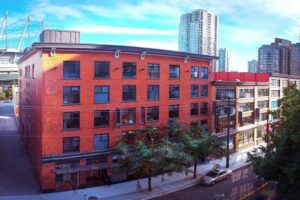 Our July reading featured Jane Munro, joining us from

Saskatchewan, and Ian Williams, logging in from his new home in Toronto. We truly enjoyed this reading, as we have enjoyed all our online readings over the past 17 months, which have allowed us to stay connected during these strange times. But we are hopeful that this will be our last online reading. We’re now on hiatus until October, when we plan to return to you live from Fairleigh Dickinson University in downtown Vancouver. We’ll provide more updates as our plans take shape. 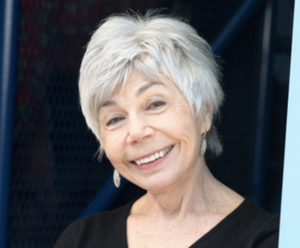 Our first featured poet of the evening was Jane Munro, who began by reading four new poems that celebrate life with compelling images of light and shade, round moons and pregnant bellies, water, milk and breastfeeding. She then read poems from her recently published collection Glass Float, exploring themes of personal boundaries and coming to terms with the past, and asking what counts as courage, now that we no longer fall for “that old lie” of patriotism. From the same collection, she also offered two of “Geeta’s Clues Against Depression”, based on yoga teachings she received during several trips to India, including the recommendation to focus on your tailbone as “your monkey mind letting you hang from a branch”. She finished with a poem from Blue Sonoma, in which she imbues mundane events with deeper, ritualized meaning as we witness them unfold “in the slow spin of stars”. 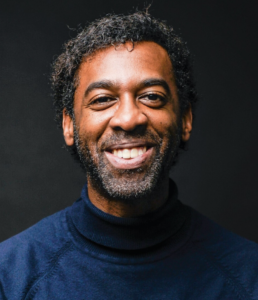 Ian Williams started his reading off without any preamble and plunged us into a panic as we scrambled for our Zoom controls and fretted that he was having technical difficulties, until we finally clued in – it’s a poem! How deftly he used the language of digital technology to show that our preoccupation with likes, and views, and pings, reveals that we still struggle with the eternal human need for identity and connection. “This is not my house, this is my background. People change it for me. If I’m not careful, I disappear into it.” He continued with poems such as “Cliché”, “On the Use of ‘You’” and “Mood Disorder”, demonstrating a playful fascination with the constructs of language and the intrusion of technology into our daily lives, and deftly incorporating scenes and dialogues from the courtroom and the therapy session into his poetry. He even threw in some snippets of songs by the Beatles and Gordon Lightfoot.

We had a great Q&A discussion after the readings, in which we learned that both Jane and Ian are currently working on novels and struggling to discover the true heart of the stories that they need to tell. Another topic touched on was colonialism, and Jane spoke of her grandfather who painted the murals in the legislature in Victoria which depict Englishmen founding the colony of British Columbia. Although she admires her grandfather, she acknowledges the burden of losses and racism that are aspects of our colonial history that we cannot fix, but can move beyond with new understanding. Ian spoke of the new face of colonialism which is “bold and unashamed but is not called ‘colonialism’”. He stated that this new face is represented by smiling billionaires, but replicates the historical pattern of greed, expansion and conquest.

During his reading, Ian professed that “low-grade depression is the dominant mood of our age”. Is it any wonder then that we turn to poetry for solace and inspiration? As usual, this month’s event included an open mic where we heard poets from near and far, both new and familiar, some already published pros and others reading for the very first time. We always have a full roster of 10 poets signed up for the open mic, plus a waitlist, so this is obviously a valued component of our readings. You will be pleased to hear that we will continue to have the open mic as part of the program when we go live. 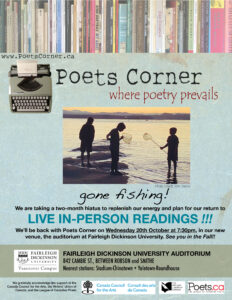 Please check out our website poetscorner.ca and subscribe to our newsletter to stay informed about our exciting plans for the fall. See you in October.

Our June reading was a bit of a switch, as our frequent host Scott Ramsay joined the inimitable Billeh Nickerson to stun us with a one-two punch of extraordinary poetry. Jillian Maguire donned the host hat for the night and followed her Indigenous land acknowledgement by asking us to pause for a minute to silently reflect on the ongoing tragic legacy of residential schools in Canada. We then moved on to the evening’s program of poetry, beginning with some fine readings at our open mic, which brought to light more examples of life’s absurdities and injustices. 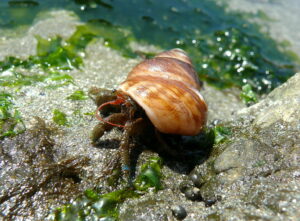 Scott Ramsay then led us on a wild tour through his hip-hopped-up poetry, with images that were as startling as seeing your mind served up on a plate with a garnish of minotaur horns and King Lear’s eyeballs. His poems demonstrated his quirky ability to interpret familiar themes of aging and mortality with unexpected images: a malevolent spirit waiting to inhabit the corpse of a drug overdose victim in “Hermit Crab,” family members finding a practical solution to a problem closing the coffin in “The Resurrection of my Grandfather,” or himself “hot-gluing [his] confidence together” in “My Middle Years.” In “No, No, No, Not the News” we were treated to a broadcast replete with bizarre characters and a great deal of “just plain silliness.” If you have yet to experience Scott’s crazy brand of creativity, check out his video “In the Event of a Summertime Death”, an excerpt of which was featured as our One Minute Poem on June 11. And click here for the full version.

After a short pause to catch our breath, Billeh Nickerson then took us with him into the skies as he read from 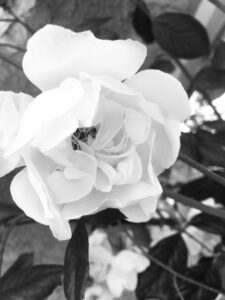 his book Duct-taped Roses. He paid tribute to his father, who once flew bush planes and often had to rely on duct tape to hold things together. Later, his dad piloted 727’s for CP Air and Billeh recounted how as a boy he would search for that “orange speck” and that his “personal sky is still the view from [his] Langley back yard looking for [his] dad in the sky.” We laughed when Billeh revealed that when “Kissing in New Zealand,” your tongue does not circle in the opposite direction. Then, in keeping with his philosophy that it is not good to silo emotions, he took us from light-hearted humour to a moving elegy written on the sixth anniversary of the death of his friend Matt Davey, reminiscing over photographs “that aren’t enough to capture all he means.” In the Q&A session after the reading, Billeh explained that his book’s title signifies that there are some things, like roses, that you just can’t duct tape back together and refers to injuries suffered by the gay community. He spoke of poems as a way of remembering and the gravity of speaking plainly. His poems may sometimes be funny, but they are always true. 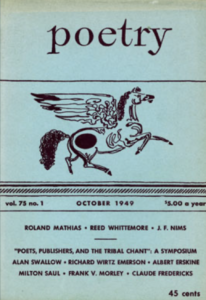 We rounded the evening off with a brief presentation for James Felton, founder of Poets Corner, who is retiring from active duty at the end of June. James spoke very eloquently of his love of poetry and how his motivation in organizing the reading series has always been to make people aware that poetry is art, as complex as music and painting, and that the people who write it deserve our admiration and encouragement. Well said, James.

Best wishes for your retirement James and be sure to drop in when you can!