Where poets dare to go: December Reading at Poets Corner

December is always a bit hectic, so it was a treat to pause for the final Poets Corner reading of 2022, featuring Ryan Fitzpatrick and Renée Saklikar.  What a fine evening of poetry it was, and a worthy end to an eventful year. We started with our customary open mic segment and heard poems from three of our regular contributors: Angus Pratt, who took us on one wild car ride, Peter Marcus, whose juxtaposed words exposed the absurdity of war, and Herb Bryce, who asked us “Where does the mind of the poet go?” 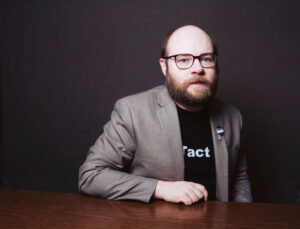 Both of our featured poets then proceeded to demonstrate that there is, indeed, no limit to where the poet’s mind can go. First up, Ryan Fitzpatrick, joined us from Calgary to read from his upcoming book “Sunny Ways” – a commentary about environmental denialism and the petro state. He read “Hibernia Mon Amour” which presents us with a series of bold arguments that lead off with a confident “no” yet end with a telltale “but” that highlights the precariousness of the future we are building.

He then read the first part of his long poem “Field Guide”, which he explained was an attempt to grapple with the topic of extinction within the Anthropocene by ‘writing around it’. Lines like “Didn’t crisis pay your rent?” and “No one will need to live without disease” show that this poet’s mind goes wherever it must to force us to face our contradictions and own up to our complicity in the destruction we see around us. 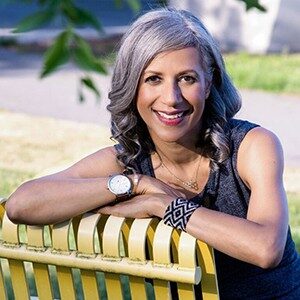 Our second featured poet, Renée Saklikar, read selections from her book-length epic poem “Bramah and the Beggar Boy” which Fred Wah has described as ‘a novel in verse’. It is, in fact, just the first instalment in a dystopic saga telling the story of humans left on a ravaged planet Earth. (The second instalment “Bramah’s Quest” is due to be published in the spring of 2023.) The narrative is complex and multi-layered, presented through the medium of objects and fragments of text discovered in an oak box, revealing a tale of disaster, pandemic, civil war – and human resilience. Underlying the story is a philosophical treatise on good and evil, but the language is never dull and, as the poet herself reveals, ‘the sound is what keeps it going’. She masterfully propels us to the heart of the matter with verses like the following:

We just want to eat

The evening concluded with a lively Q&A session, in which Ryan confessed that he is obsessed with social media, and Renée commented that being invited to read for 25 minutes, was ‘a gift’. It was a memorable evening of poetry and those who attended were thankful for the opportunity to follow the creative minds of these two poets into places strange and yet familiar, to see the world more clearly, and to imagine a different future for us all.