We hope that you can join us this upcoming Wednesday 21st April @ 7:30pm for our fourth monthly virtual poetry reading

of 2021. This month our featured readers are: Jillian Christmas long-time spoken word curator of the Vancouver Writers Fest, and former artistic director of Verses Festival of Word; Tawahum Bige, a Łutselkʼe Dene, Plains Cree poet and spoken word artist who recently served a 28-day sentence after a 2-year battle for his land protection work against Kinder Morgan/Trans Mountain’s pipeline expansion; and Sheri-D Wilson, former Poet Laureate of Calgary and award-winning author and creator of 13 books, 4 short films, and 4 albums which combine music and poetry You can register for this live Zoom event at https://us02web.zoom.us/meeting/register/tZEvf-yqqDotHtd9HAL4XDpYFIK-32h3Jugy  We will also have our usual although slightly abridged open mic — all are welcome. Please contact us at socialmedia@poetscorner.ca if you would like to be included on the open mic list. 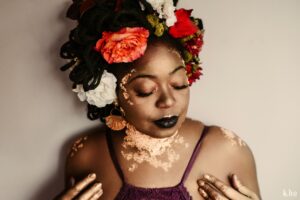 Jillian Christmas is an artist, creative facilitator, curator, consultant, and advocate in the arts community. She is the long-time spoken word curator of the Vancouver Writers Fest, and former artistic director of Verses Festival of Words. Utilizing an anti-oppressive lens, Jillian has performed and facilitated workshops across North America. She is the author of The Gospel of Breaking (Arsenal Pulp Press 2020), and the forthcoming children’s book, The Magic Shell (Flamingo Rampant Press 2021). She lives on the unceded territories of the Squamish, Tsleil-Waututh and Musqueam people (Vancouver, BC.)

Tawahum Bige is a Łutselkʼe Dene, Plains Cree poet and spoken word artist from unceded Musqueam, Squamish & Tsleil-waututh Territory (Vancouver). Their Scorpio-moon-ass poems expose growth, resistance & persistence as a hopeless Two Spirit Nonbinary sadboy on occupied Turtle Island. In typical Aries-sun fashion, Tawahum completed the first-ever Indigenous Spoken Word residency at the Banff Centre in 2018 while completing their BA in Creative Writing from KPU in 2019.  *  He’s performed at Talking Stick Festival, Verses Festival of Spoken Word, Canadian Festival of Spoken Word, and at over 50 different venues from Victoria to Toronto with his mixture of poetry & hip-hop.
Past the stage and onto the page, Tawahum has been published in over a dozen different lit journals & magazines including Red Rising Magazine, Prairie Fire, CV2, Arc Poetry Magazine and most recently, the anthology, Beyond Earth’s Edge: the poetry of spaceflight! A prolific word-artist, Tawahum has three self-published chapbooks with poetry collections on the way including a collection-in-progress funded by the Canada Council for the Arts.  *  Beyond the page, Tawahum has battled the (in)justice system of BC and was eventually incarcerated for a 28-day sentence after a 2-year battle for his land protection work against Kinder Morgan/Trans Mountain’s pipeline expansion. 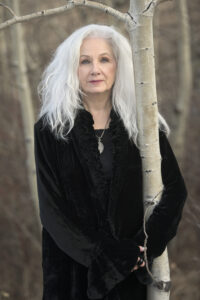 Sheri-D Wilson D. Litt C.M. is the award-winning author and creator of 13 books, 4 short films, and 4 albums which combine music and poetry. In 2019 she was appointed one to the Order of Canada, for her contributions as a Spoken Word Poet and her leadership in the community. In 2017, she received her Doctor of Letters—Honoris Causa from Kwantlen University. She is Poet Laureate Emeritus of Calgary 2018–2020. A strong advocate for social change and community building, Sheri-D was Founder & Director of:     Calgary Spoken Word Society (2003-2021) + Spoken Word Program | The Banff Centre (2005-2012);  www.sheridwilson.com