Simply put, this month’s reading was over-the-top. Having Eileen Kernaghan back with us after a long absence was so gratifying. And Henry Beissel’s reading had everyone captivated. It’s so rewarding having talented poets descend on Poetic Justice. It makes it so worthwhile bringing the likes of writers of such a high calibre to our series. 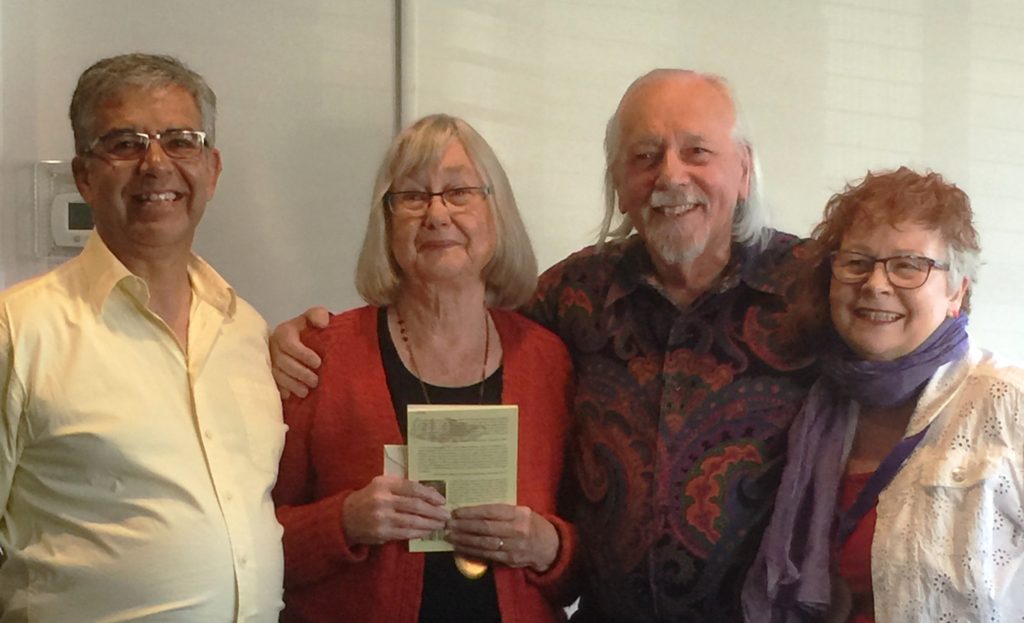 In October, the tradition continues. At PJ we bring you an incredibly diverse line-up of poets where there is always one certainty: deep, uncompromising talent.

Joining us on October 16 are Susan McCaslin and Richard Osler. Both these exceptional writers already know we’re starting at an earlier time that day, so please make a note of our ‘brunch’ reading session that kicks off at 11:30am. Both Susan and Richard are on the verge of launching new publications. More about that in our newsletter. In the meantime, here’s more about them… Susan McCaslin has published thirteen volumes of poetry. Her upcoming one is Painter, Poet, Mountain: After Cézanne (Quattro Books, Sept. 2016).  Previous volumes include The Disarmed Heart (The St. Thomas Poetry Series, 2014) and Demeter Goes Skydiving (University of Alberta Press, 2011).  The latter was short-listed for the BC Book Prize (Dorothy Livesay Award) and the first-place winner of the Alberta Book Publishing Award (Robert Kroetsch Poetry Book Award) in 2012.  Susan has also published a memoir, Into the Mystic: My Years with Olga (Inanna Publications, 2014). She currently lives in Fort Langley, British Columbia where she initiated the Han Shan Poetry Project as part of a successful campaign to protect an endangered rainforest along the Fraser River. Richard Osler was born in Toronto and now lives in Duncan on Vancouver Island, where he facilitates poetry writing retreats and, also, weekly poetry workshops at The Cedars, an addiction recovery centre. His chapbook of short poems Where the Water Lives was published by Leaf Press in 2012. His poems have appeared in many journals. In 2011 he was a finalist for the Malahat Open Season Awards in poetry and in 2015 he was long-listed for the PRISM International Poetry Prize. His other writing includes chapters in The Rock Rabbit and the Rainbow: Laurens van der Post Among Friends and The Latest Morningside Papers by Peter Gzowski.

So mark your calendars for Sunday October 16 and please don’t forget the earlier start time of 11:30am. Come early so can register for open mic and place your food & beverage order before we get underway. So see you for brunch!