You missed a damn fine poetry reading last month — except of course those who were at our fabulous August reading. Featured poets Aislinn Hunter and Geoffrey Nilson served up humour, stuffed animals (the taxidermist’s), and poetry that moved one to an ever deeper reflection. And the Open Mic readers were exceptional, too. 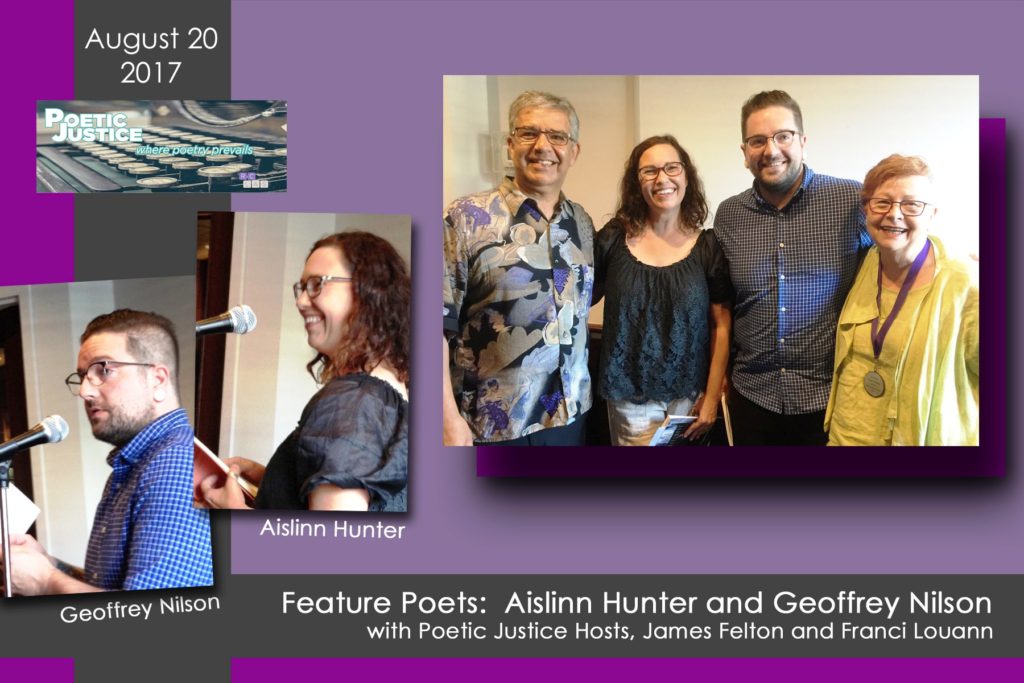 Geoffrey Chaucer once said, ‘The lyf so short, the craft so long to lerne’. He certainly wasn’t talking about next month’s featured poets, John Pass and Theresa Kishkan. It isn’t often you find two talented and prolific writers under the same roof. They will soon be celebrating 38 years of marriage, and have published almost as many volumes of literature between them.  They have certainly mastered their writing craft and published much in their long time together. 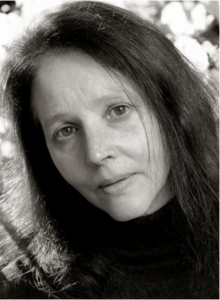 Theresa Kishkan is the author of 12 books of poetry, fiction, and literary non-fiction, most recently the essay collection, Euclid’s Orchard (Mother Tongue Publishing, 2017), and the novellas Patrin (Mother Tongue Publishing, 2015) and Winter Wren (Fish Gotta Swim Editions, 2016). Her books have been nominated for many prizes, including the Pushcart Prize (twice), the Ethel Wilson Prize, the Hubert Evans Non-Fiction Prize (twice), several National Magazine awards, and the ReLit Award. Phantom Limb (Thistledown, 2007) received the Canadian Creative Non-Fiction Collective’s inaugural Readers’ Choice Award and “Arbutus menziesii: Makeup Secrets of the Byzantine Madonnas” won the Edna Staebler Personal Essay Contest in 2010. The French translation of Patrin, titled Courtepointe, will be released by Marchand des feuilles in 2018. She lives with her husband John Pass on the Sechelt Peninsula. 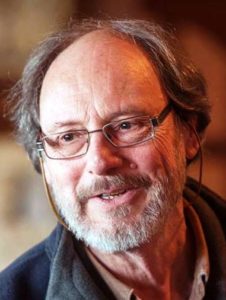 John Pass’s poems have appeared in 19 books and chapbooks in Canada, and in magazines in the US, the UK, Ireland and the Czech Republic. He won the Governor General’s Award for Poetry in 2006 for Stumbling in the Bloom and the Dorothy Livesay Poetry Prize (BC Book Award) in 2012 for crawlspace. His latest book is Forecast: Selected Early Poems 1970 – 1990 (Harbour 2015). Last year ‘Margined Burying Beetle’ from a new sequence, “Creation of the Animals” won the Malaspina Review’s Open Season Award.

If you want a spot on the Open Mic list, get there early. See you all at the Poetic Justice poetry reading on Sunday, September 17.  We’re underway at 11:30 a.m.