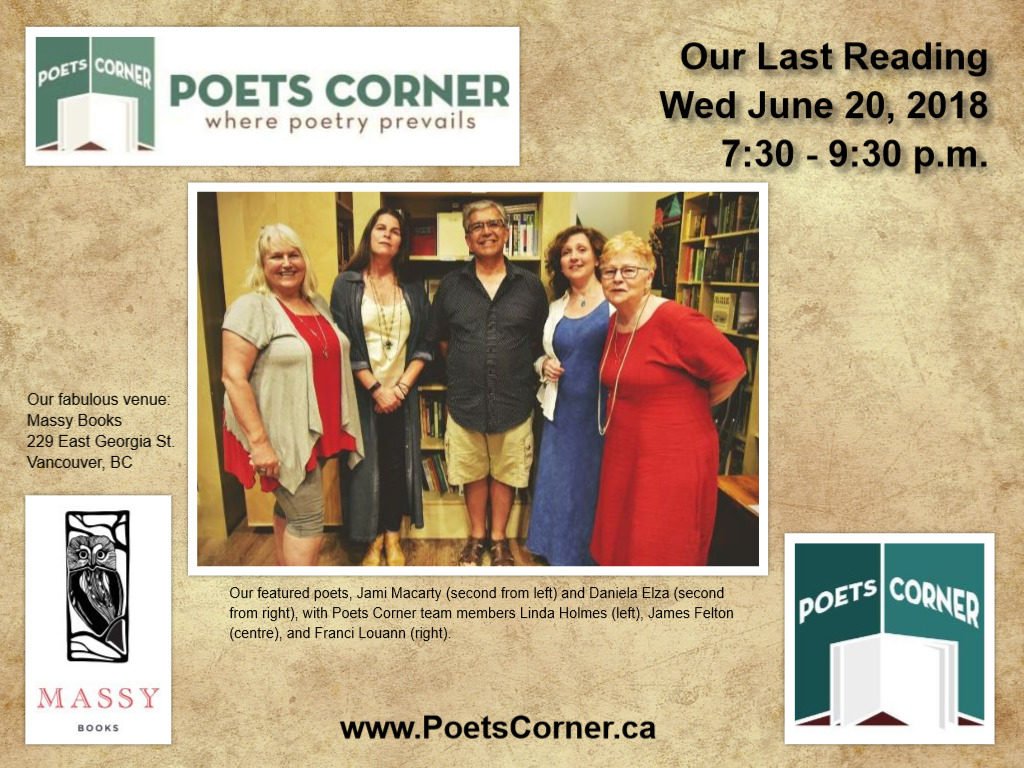 This is the first time in a long time that we have had a musical accompaniment to a poetry reading. The verdict? It was the perfect dance of words and strings.

Between them, our next two featured poets have published over 30(!) volumes of poetry. Both are out-of-towners (though one’s coming a considerably longer distance than the other). Heather Spears, a Canadian poet who has been living in Denmark since 1962 and Stephen Scobie, a Scottish-born poet who now lives in Victoria, are coming to town to share a drop or two of their massive poetic output. They belong to each other’s mutual admiration society and you’re in for an evening of rich, well-crafted writing. Here’s a short bio on each of them… 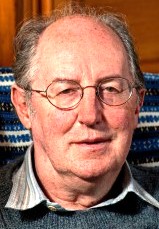 Stephen Scobie was born in Scotland, but has lived in Canada since 1965, and most recently in Victoria since 1981. He is now happily retired after teaching stints at the University of Alberta in Edmonton as well as at the University of Victoria.  He has published over 20 volumes of poetry, including McAlmon’s Chinese Opera (Quadrant Editions, 1980) which won the Governor-General’s Award that year.  He has also had critical studies published of Bob Dylan, Leonard Cohen, bpNichol, and the Scottish poet and artist, Ian Hamilton Finlay. In 1995, Stephen was elected a Fellow of the Royal Society of Canada. 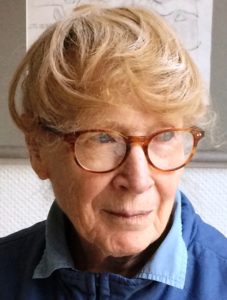 Heather Spears, Vancouver-born writer and artist, has lived in Denmark since 1962. Among her published work are 14 collections of poetry, five novels, four books of drawings, and a non-fiction work. She has been the recipient of several literary awards not the least of which are a Governor-General’s Award for Poetry, three Pat Lowther Memorial Awards, and a CBC Literary Prize.  A book of translations of her poems into Danish is forthcoming this year. As an artist she teaches drawing and writes about drawing and the brain (The Creative Eye: Drawing, Vision and the Brain (2012). Heather specializes in drawing premature infants and has drawn in theatres, concert halls, courtrooms, hospitals, and war zones. She has held close to 100 solo exhibitions of her work in Europe and America.

Yes, we will have the Open Mic segment for this reading, so if you want a chance to deliver one of your best poems, get there early. Doors open at 7:10pm. See you all at this month’s Poets Corner reading on Wednesday, July 18.  We’re underway at 7:30 p.m.