Well, that was something!  July’s poetry reading was a significant moment in West Coast CanLit history.  Reuniting Brian Brett and Allan Safarik after more than twenty years was special. Poetic Justice was honoured to be the host venue that brought them together. 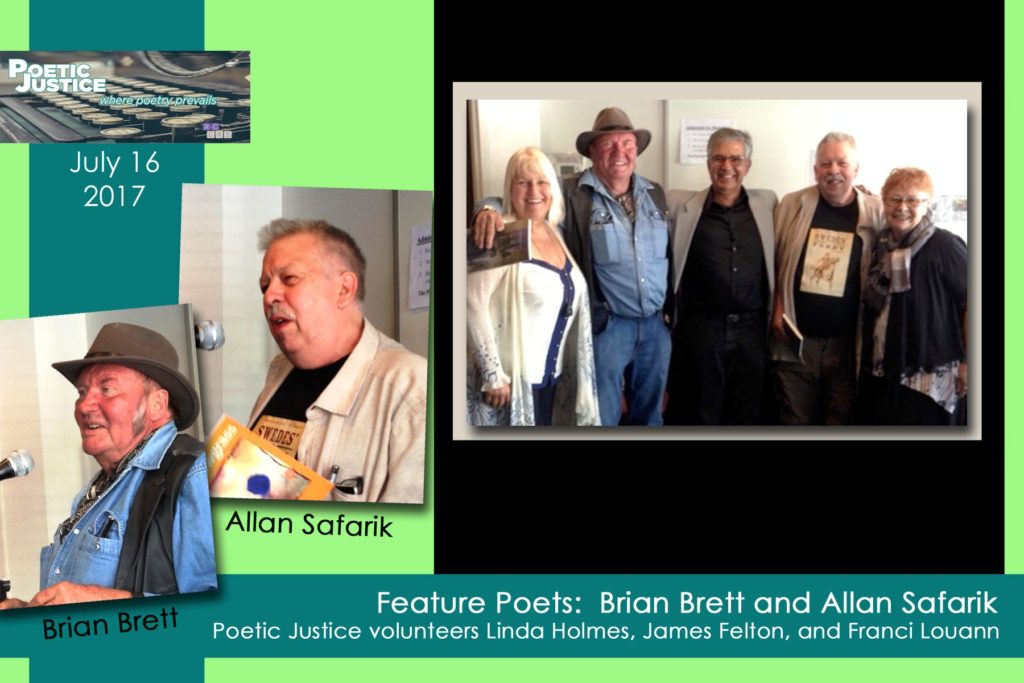 Writing talent isn’t the private preserve of authors who have been at it for some time. Good writing (and good poetry in particular) can also be the product of the younger crowd.  August’s poetry reading is just such an example when Aislinn Hunter and Geoffrey Nilson step up to the microphone at Poetic Justice.

New Westminster’s own Geoffrey Nilson is a high-risk wordsmith, much like his predecessor, bpNichol. Geoff will be joined by his good friend, multi-award-winning poet and novelist, Aislinn Hunter. 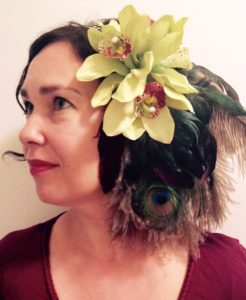 AISLINN HUNTER is an award-winning poet and novelist and the author of seven highly acclaimed books. Her most recent novel, The World Before Us, won the 2015 Ethel Wilson Fiction Prize and was a New York Times Editor’s Choice Book. Her third book of poetry Linger, Still was published this spring with Gaspereau Press. She teaches creative writing part-time at Kwantlen Polytechnic University and has held writer-in-residence positions in the UK, Australia and in Canada. She lives in North Vancouver, BC. 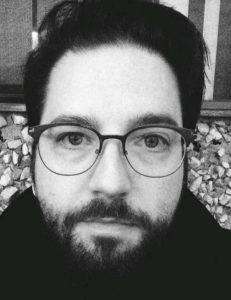 GEOFFREY NILSON is the author of four chapbooks, the most recent, In my ear continuously like a stream, forthcoming in Fall 2017 from above/ground press. Nilson’s poems and essays have appeared widely in Canada and internationally including in Poetry is Dead, Event, Lemon Hound, The Rusty Toque and CV2. Nilson is a contributing editor for Arc Poetry and holds a BA in Creative Writing from Kwantlen Polytechnic University. He lives in New Westminster with his daughter on the unceded territories of the Qayqayt and Musqueam First Nations.

If you want a spot on the Open Mic list, get there early. See you all at the Poetic Justice poetry reading on Sunday, August 20.  We’re underway at 11:30 a.m.