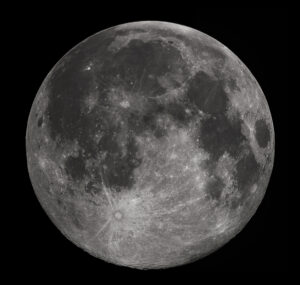 First of all, a big thank you to our ten open mike readers who shared some fine poetry which took us far, far away from our computer screens. We witnessed the joyful colours of fall in the treetops, and the seductive orange glow of an oil flare at night. Some poems philosophically pondered our life stories and our connections to each other; another dealt matter-of-factly with the harsh reality of domestic violence. We were taken on journeys to the unseeable side of the moon, to a chance meeting at a cricket match, and to the beach, which we discovered is not only a place to dance joyously, but also a place to stare at the moon and cry out for food and shelter with the seagulls.

Our first featured poet, Kate Marshall Flaherty, read several selections from her book Radiant, a collection of poetry she wrote while undergoing treatment for breast cancer. The poems she read emphasized her need to believe in the healing power of her treatments and dealt sensitively and honestly with the intimate indignities of cancer. They included “Triptych” a deeply personal expression of gratitude to each of her three children for the different ways they sustained her, and “Radium Girls” a testament of solidarity with women who died of cancer after working in factories where they painted clock faces with radium. Kate finished her reading with a video performance of her poem “Far Away”, in which she describes her mother’s dementia with exquisitely crafted and subtly humorous phrases that reveal how “the life story [is] forgotten, but not the words.” You can watch the video of the poem, set to wistful music performed on the nyckelharpa, here:  https://www.youtube.com/watch?v=img8SYSZD5w

The second featured poet of the evening was Michael Prior, who joined us from Minnesota where he is currently teaching. He read five poems from his latest book Burning Province which explores the internment of Japanese Canadians during World War II and deals with intergenerational trauma and the experiences of his grandparents who were interned as children in a camp near Hope, BC. The first selection was an ekphrastic poem entitled “150 Pounds” which was inspired by The Suitcase Project, a photographic exhibit by Kayla Isomura in which Japanese Canadians and Americans are photographed with the items that they would pack if uprooted from their homes with only 24 hours’ notice. This was followed by a further four masterful poems exploring the intricacies of his relationships with his father and grandmother and delving further into themes of family, memory and love, and how these have shaped the person that he is today. After this wonderful reading we can only echo Michael’s grandmother and say “Thank you.”