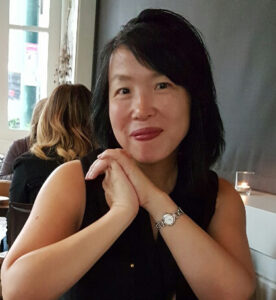 Evelyn Lau is the Vancouver author of thirteen books, including eight volumes of poetry. Her memoir Runaway: Diary of a Street Kid (HarperCollins, 1989), published when she was eighteen, was made into a CBC movie starring Sandra Oh in her first major role. Evelyn’s prose books have been translated into a dozen languages; her poetry has received the Milton Acorn People’s Poetry Award, the Pat Lowther Award for best book of poetry by a Canadian woman, and a National Magazine Award, as well as nominations for a BC Book Prize and a Governor-General’s Award. Her poems have been chosen numerous times for inclusion in the Best Canadian Poetry series, and she has been writer-in-residence at UBC, Kwantlen College, and Vancouver Community College; as well as, Distinguished Visiting Writer at the University of Calgary. From 2011-2014, Evelyn served as Poet Laureate for the City of Vancouver. 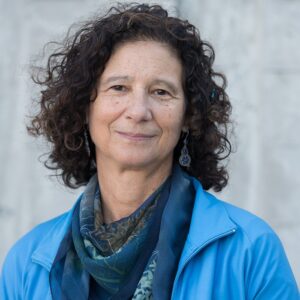 Adrienne Drobnies is a Vancouver poet and scientist. Her debut poetry collection Salt and Ashes was released in 2019 from Signature Editions. It won the Fred Kerner Book Award and was longlisted for the Fred Cogswell Award for Excellence in Poetry. One of her poems was selected for this year’s BC Poetry in Transit. Her poetry has appeared in literary magazines in Canada, the US and UK. Her poem “Randonnées” won the Gwendolyn MacEwen Award for Best Suite of Poems by an Emerging Poet and was a finalist for the CBC literary award.