The honour roll doesn’t get any bigger than this. When you have two featured poets who have each received the Order of Canada (within four months of each other!), it doesn’t get any more distinguished than that. 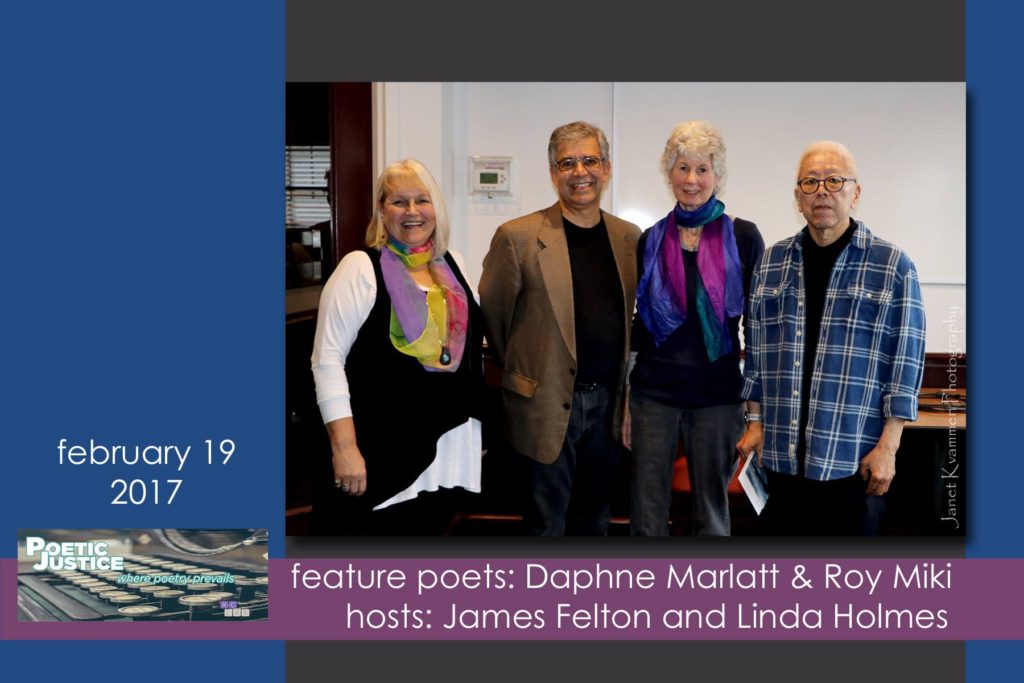 On Sun Feb 19, good friends Daphne Marlatt and Roy Miki read together for the first time since the 70s. Poetic Justice was thrilled to reunite two of the west coast’s most influential writers through our reading series.

In March, we continue the tradition of bringing you some of the finest poets writing today. Even though she’s an octogenarian, Bernice Lever is pumping out poems faster than a flash flood. She will be joined by Russell Thornton, another gifted poet who has been short-listed for both the Griffin Poetry Prize as well as the Governor-General’s Award for Poetry.   Here is more on these two fine writers and poets… 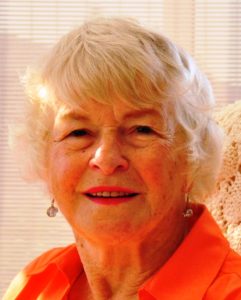 Bernice Lever is the founder of Waves, a seminal literary magazine that ran from 1972 to 1987. Her latest book, Small Acts, is her 16th publication and 11th poetry collection. She has been actively involved in the  Canadian Authors Association, the League of Canadian Poets, the Federation of BC Writers, and local writers’ groups. Bernice has read her poems on five continents and has amassed four Lifetime Achievement awards, including the CAA’s Sangster Award.  She continues to edit manuscripts for others which she began in the 1980s at Dundurn Press, Toronto.  Retired from Toronto’s Seneca College Department of English, she still presents writing workshops, if she is not writing poetry or watching the deer stroll by her home on Bowen Island. 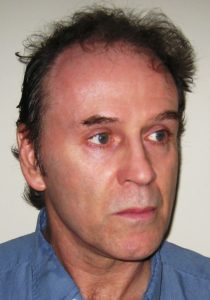 Russell Thornton’s The Hundred Lives was shortlisted for the 2015 Griffin Poetry Prize. His Birds, Metals, Stones & Rain was shortlisted for the 2013 Governor General’s Award for Poetry, the Raymond Souster Award and the Dorothy Livesay BC Book Prize. His other titles include The Human Shore, House Built of Rain, A Tunisian Notebook, and The Fifth Window. He is the co-translator of Poems from the Scythian Wild Field: A Selection of the Poetry of Dmytro Kremin (Ekstasis, 2016). He has a new collection, The Terrible Appearances, forthcoming in 2018. He lives in North Vancouver, BC.

So mark your calendars for Sunday March 19. We are underway at 11:30am. Come early so you can register for open mic and place your food & beverage order. Come and enjoy brunch with the poets, with tasty fare starting at $10!