Life isn’t always good — or just. Then sometimes, it is. A week ago our featured poets, John  Barton and Tina Biello, both shared about the dichotomies of life. From the unforgivable behaviour by the British government towards Alan Turing, to the warmth and preciousness of familia, both Island poets held us captive with a couple of wonderfully superb readings.

Poetry is a good thing.

Next month promises to be just as rewarding. On August 21, we have two poets whom we haven’t seen at Poetic Justice in quite some time. Let’s see who’s coming… 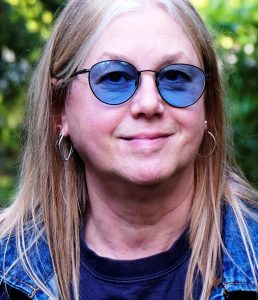 Heidi Greco is a writer, editor, and sometimes-instructor. She and her partner live in a house in Surrey that might as well be nestled in a forest; it’s completely surrounded by trees. She’s a longtime recycler, composter and forager and can be found picking berries or mushrooms, depending on the season. Her poetry, fiction, essays and reviews have been published in a vast array of books, anthologies and literary magazines. In 2015, she had poems that appeared in four anthologies, including The Revolving City: 51 Poems and the Stories Behind Them. She has a new book forthcoming in 2018. 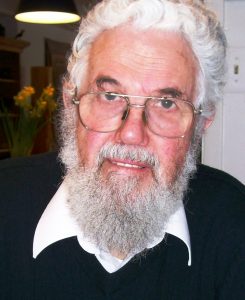 Christopher Levenson settled in Vancouver in 2007 after 39 years in Ottawa, where he taught English and Creative Writing at Carleton University.  His eleven books of poetry include most recently Night Vision (Quattro Books, 2014), which was short-listed for the Governor General’s Award. First recipient in 1960 of  Britain’s  Eric Gregory Award, he also won Ottawa’s Archibald Lampman Award in 1987 for Arriving at Night, co-founded and was first editor of Arc magazine, and, with Rob Taylor, revived the Dead Poets Reading Series at the VPL. He translates German and Dutch poetry and is enthusiastic about South Asian Literature in English.

So mark your calendars for 3:00 p.m. on Sunday August 21, and in the meantime consider something you’d like to present at our Open Mic that day.  And here’s a shout-out to Poetry in the Park… this Wednesday at 6:00 p.m. It’s going to be good weather all week, so take it in. Check out their line-up here.