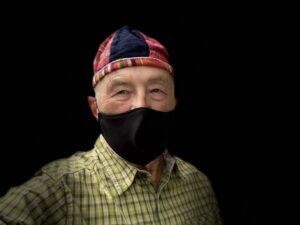 Fred Wah lives in Vancouver and the West Kootenays. He was Canada’s Parliamentary Poet Laureate 2011-2013 and made an Officer of the Order of Canada in 2013. His award-winning poetry, fiction, and non-fiction include Sentenced to Light (his collaborations with visual artists), is a door (a series of poems about hybridity) and Scree: The Collected Earlier Poems, 1962-1991. He collaborated with Rita Wong on beholden: a poem as long as the river  (2018). High Muck a Muck: Playing Chinese, An Interactive Poem is available online (http://highmuckamuck.ca/). Music at the Heart of Thinking: Improvisations was published in the fall of 2020. 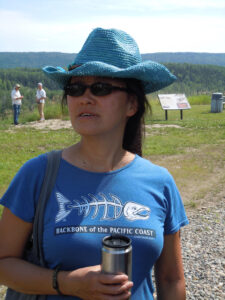 Rita Wong is a poet-scholar who has written several books of poetry. She understands Indigenous lands protecting complex ecosystems as natural assets and critical infrastructure that must be cared for in order to survive climate crisis. Wong supports #LandBack, spends her time supporting the tree sitters blocking the clearcut of large trees in Burnaby for the TransMountain pipeline expansion (https://stoptmx.ca), visits the Peace Valley when she can (under attack from the Site C dam with the West Moberly First Nations going to court to protect the valley), and actively supports Indigenous-led land protectors at Ada’itsx/Fairy Creek whenever she can. http://downstream.ecuad.ca/